In a national referendum on June 23rd, the U.K. citizens voted to leave the European Union; 52% voted to leave, 48% to stay.  The E.U. is a political and economic union among 28 European countries that have come together to cooperate on trade, security, immigration, environmental and a host of other issues of mutual interest.  People, goods and services move around the E.U. as if it is a single country.  No member country has ever left the E.U.  This is a very big deal.

Why did U.K. citizens vote to leave?  Those who favor leaving are concerned that the E.U. has too much control over the U.K.  For example, it’s felt that E.U. regulations take away from the U.K.’s ability to make its own decisions on immigration, are too burdensome on business, and are too costly.

What are some effects on the global economy?  This decision has created a lot of uncertainty and volatility in the global marketplace.  Immediately, international stock markets have declined precipitously and investors are moving to safer investments like gold and government bonds.  The British pound and the euro – the currency used by 19 of the E.U. countries – have lost significant value.  Going forward, analysts are questioning the effect of the uncertainty on global trade, and the demand and price of oil.  Also, will other E.U. member countries now consider leaving the Union, too?

What are some effects on the U.S.?  The E.U. is our largest trading partner so we’re affected significantly by events in Europe.  A weak euro and British pound relative to the dollar will hurt our exports.  Heavy purchases of U.S. Treasury bonds by global investors in their “flight to quality” will depress interest rates.  The Federal Reserve will very likely postpone any interest rate increase until the effects of Brexit on the U.S. economy are better understood.

What are some effects on the U.K. itself?  Prime Minister David Cameron will step down.  Standard and Poor’s may downgrade the rating of U.K. government debt which will increase debt costs for U.K. taxpayers.  U.K. exports to the E.U. which currently are not subject to tariff, will now be taxed.  (Some 45% of U.K. exports go to other E.U. countries.)  Inflation could rise as the British pound weakens and imports become more expensive.  Scotland and Northern Ireland, two other members of the U.K. may now choose to leave the U.K. since they voted to remain in the E.U.  This would leave only England and Wales in the United Kingdom.  The U.K.’s negotiations with the other E.U. countries to establish the new “rules of the game” following Brexit will take years. 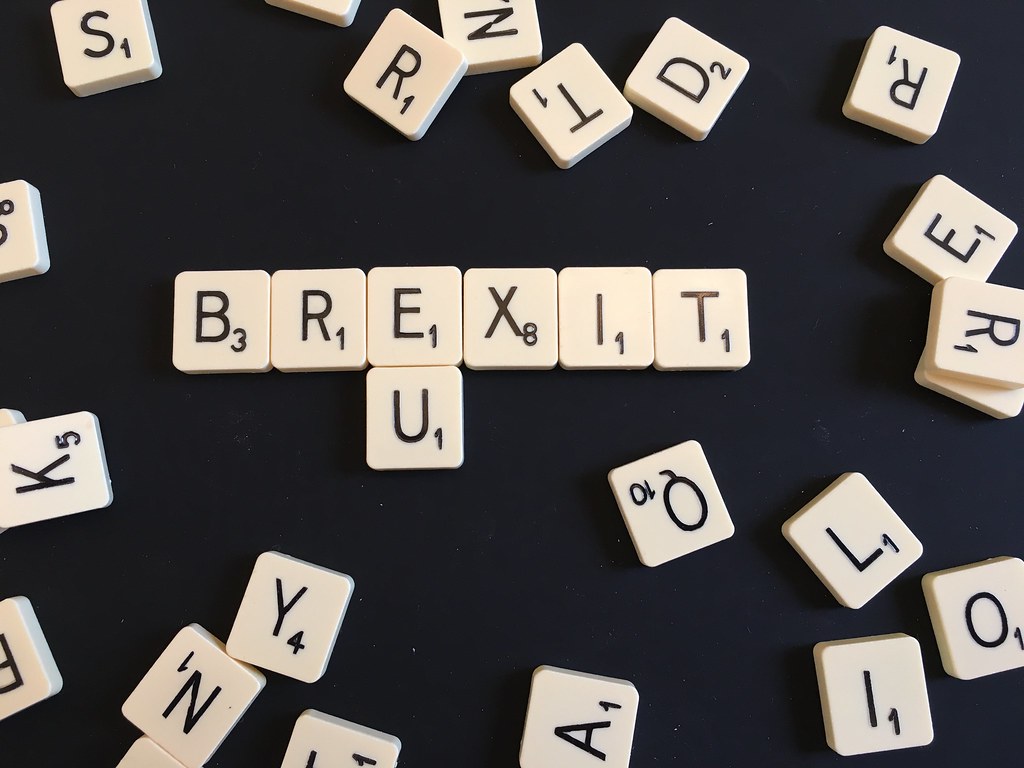 His primary research interest is the performance of the derivatives markets. When he was full-time faculty at Lewis, he has taken consulting assignments with the Tokyo Grain Exchange, the OECD, and the Food and Agriculture Organization of the United Nations. He formerly served as Senior Vice President with the Chicago Board of Trade, following a 21 year career in research and management there. He has held research positions at the Organization for Economic Cooperation and Development (OECD) in Paris, and the U.S. Department of Agriculture. His research and expertise areas include derivatives and international finance.

View all posts by Dr. Frank Rose →
Click on the four boxes in the center of the black box until they run red. Once all four boxes are red, click on "check."
Please try again.