College of Nursing and Health Sciences


Men have a long, but not well known, history in the nursing profession.  In fact, the first nursing school, opened in India in 250 B.C., only admitted men as their students.  Florence Nightingale is one of the most famous female nurses, however, there are many famous male nurses the profession owes its gratitude to as well. 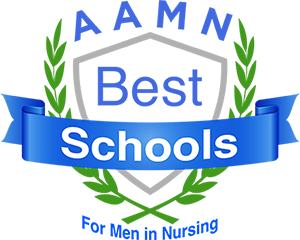 
In the United States, the percentage of men working as registered nurses has continued to rise. In 1970, only 2.7 percent of registered nurses were men while in 2017, it is estimated that 11 percent of registered nurses were men (U.S. Census Bureau, 2017).  A call has been made for continued growth in the gender diversity of the profession by the Institute of Medicine (IOM) in their report The Future of Nursing:  Leading Change, Advancing Health.  The report states that nursing care must be “delivered in a culturally relevant and appropriate manner so that patients can contribute positively to their own care” (p. 54) and male nurses’ skills and perspectives “can contribute to advancing the nursing profession and providing better care to patients” (p. 131).

On a national level, students interested in learning more about and supporting men in nursing can visit the American Association for Men in Nursing (AAMN) website.